To the left of the lobby is a teleporter that will take you to Harmony Island. 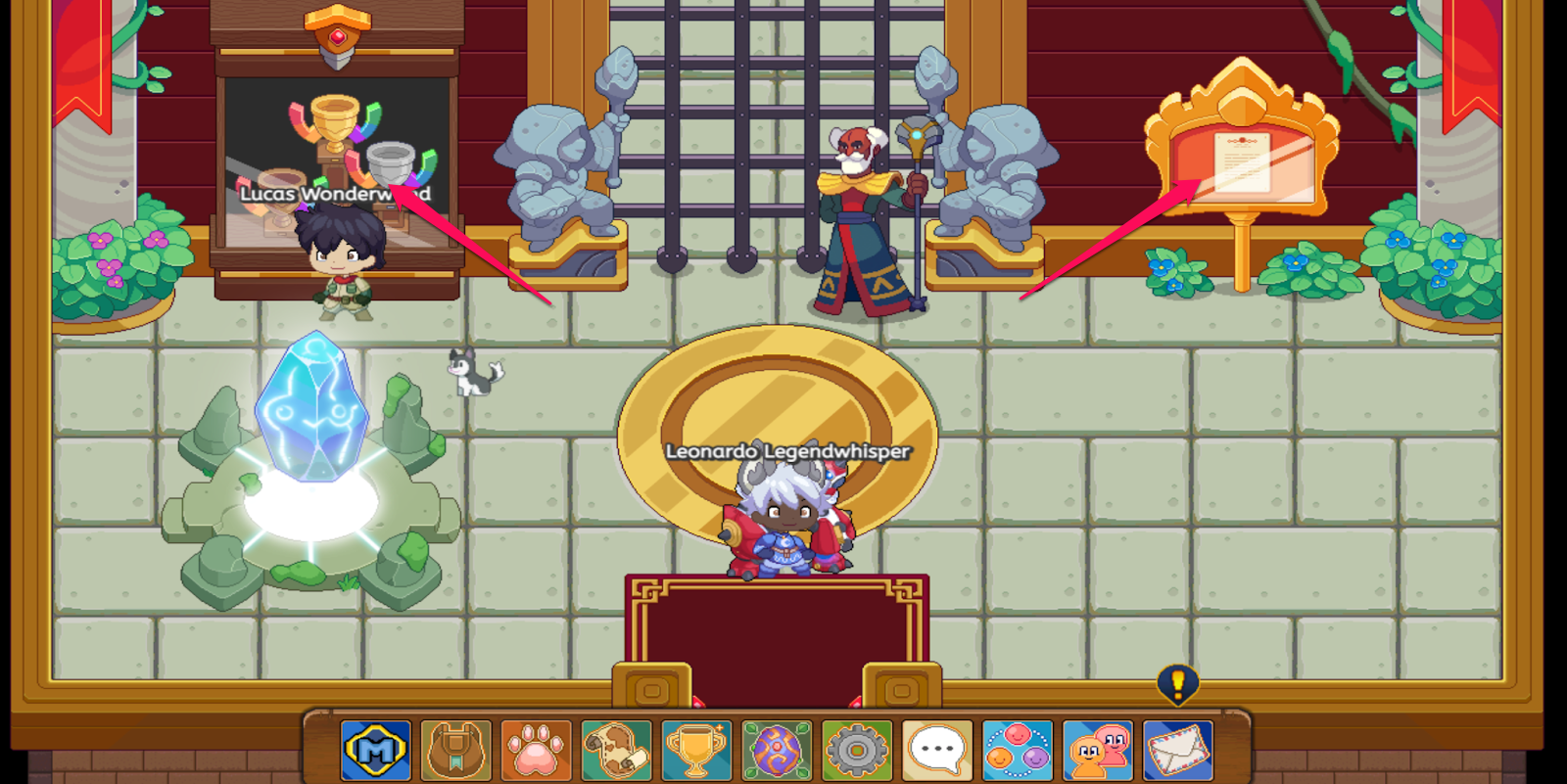 Here you’ll see the Top 10 players within your division, along with their matchmaking ranking and their wins and loss record. You’ll also see their pet team!

You cannot pick a challenger from the leaderboard as they’ll be selected for you once you select Go Battle!

On your next login session or the next time you visit the lobby space, you will be notified about being challenged by other players and how many trophies you may have won or lost from those battles.

Because of this, you may have lost points upon logging in.

If other players defeat your team when you are offline, you will lose points. But not to worry! There is a loss limit of 5 battles within a 72 hour period. Players who have lost 5 «away» battles will not be shown to other players as a potential challenger. This prevents you from losing too many trophies at a given time.

Aside from that, there is also the chance that your team may win battles against those other players as well, causing your points to increase instead!

Battle other wizards to progress through the Bronze, Silver, and Gold leagues to earn exclusive season rewards!

Season rewards are granted at the end of the season, and you’ll earn plenty of prizes along the way too!

For each season, you’ll need to acquire a certain number of Arena Trophies to progress to the next division or league. Earn Trophies by defeating your opponents!

There are three divisions within each league. You’ll start in Bronze 3 then progress through to Bronze 2, and finally Bronze 1. This process repeats for the Silver and Gold leagues.

You can always check your Season Progress by selecting the Trophy Case from the Arena Lobby!

After you’ve selected Go Battle! you’ll see three opponents on the choose a challenger screen. You can select the Shuffle option if you’d like to view other challengers.

For each challenger, you’ll see their pet team and the runes they have equipped.

After you’ve chosen an opponent, select Next. You can customize your team and their runes on the next screen before proceeding to Battle!

Similar to Rune Runs in Harmony Island, here are some tips to succeed:

Pay close attention to the elements of the challenger you select. Make sure your pets have elemental bonuses against your opponent’s pets.

For more information on elements, you can check out this article: Pets: Types and Lists